I speak the Spanish Language fluently enough to communicate when I'm brushed up on it.
Have had 2 or more dogs at once for the last fourteen years constantly, usually 3-4, and currently have nine. 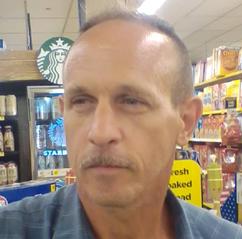 Have successfully completed the following college classes; letter at end is the grade I earned, beginning in January 2012, graduating in June 2014, from Ivy Tech Community College, receiving an Associates of Applied Science in Computer Information Technology. The letter after each class is the grad I got:

70 Hours Attempted; 64 Hours Passed; 66 GPA Hours; Quality Points 165; GPA 2.5. I took Linux twice, flunked it the second time due to time constraints (I did less than half the assignments).

Successfully train dogs which are considered by others to be unmanageable.

Participated in a sting which apprehended two men, possibly Russian spies, who were attempting to discover classified information about the Cobra AH-1 Attack Helicopter, at Ft. Hood, TX in 1984.

Survived a fight with a 5th degree, martial arts black belt in 1984 at Kileen, TX [did not win].

Performed 66 pushups in 2 minutes in basic training at Ft. Jackson, SC in 1984 for physical qualification.

Cut, loaded, hauled, split and stacked 180 ricks of firewood in the space of a year and a half during 2009-10, while also working another part/full time job.

Made a 1300 mile round trip, from 4 pm on a Sunday to 5 am the following Tuesday, while driving a truck for Brothers Express, in 2004.

Ran 6 miles in 48 minutes and some odd seconds at the Roann Festival Run in 2013.

Have flown solo two times in a Cessna 150, in 1987 at Wabash Municipal Airport

Successfully outlined a small scale plan intended for the FBI to orchestrate a particular sting without violating constitutional precepts, in 1994, in Colorado Springs, CO.

Was both reprimanded and congratulated, at the same time, by the U.S. State Department, in 1994 concerning a crime for which I was quite falsely implicated and nearly arrested for, which case I presented to the FBI, who successfully  took the case to it's rightful conclusion, thereby exonerating me.

Served as both an acting FBI street agent (limited authority) and a peace officer for a short while while in Colorado Springs, CO. Also performed some services for the C.I.A. and the United States Marshall's Service

Uncovered corruption of personnel within the ranks of the United States Marshalls Witness Protection Program and of those outside of those ranks, both government and civilian. I was never within those ranks in any way, but through investigation was able to supply enough pertinent information which enabled the FBI and other entities to prove beyond the shadow of a doubt that purposeful endangerment of civilians in order to place in that protection program was being orchestrated.

Uncovered and partially deciphered a cryptographic form of verbal communications platform (code language) being used within certain informant networks for both legitimate and nefarious purposes, depending upon who was using it. This case involved a high probability of complicity between these networks, the CIA and certain "constitution" (not militia) groups based in the southwest. [Note: I was only ever under 4 government persons: FBI Special Agent Neil Hoener [ret]; former Wabash County Sheriff Tim Roberts (3 months); Wabash City Detective Jeff Whitmer (2 months); Loveland City Detective Roberts (3 weeks). All the rest I simply submitted reports to, sometimes to give the FBI a way to monitor cops'/informants' activities.
From around 2004 to 2011, I never went looking for anything, simply generating reports from an observation status and defensive position.

Am an accomplished engine builder for stock and mildly modified street engines, as well as experienced in most phases of engine rebuilding machining processes excepting turning crankshafts. In 1986 I performed valve jobs on the heads of two engines which were used in an Indy race car during qualifications.

Proficient in arc/mig/tig welding, oxyacetylene torch use and plasma cutter, experience in brazing and soldering.

Experience in working with/caring for cattle and hogs.

Experience with horses and ponies.